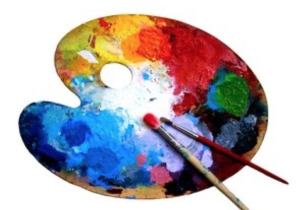 Ron Emmerling of West Newbury, MA, died peacefully at Anna Jaques Hospital in Newburyport on November 16, 2021, surrounded with the love of his family.

He was born on March 13, 1936, in New York State to German immigrants Andrew and Johanna Emmerling. His lifelong passions were learning about and creating art, watching baseball, and spending time on the beach and with his family. He attended Pratt Institute School of Art in Brooklyn, New York, where he won the Ida Haskell scholarship for Outstanding Art Student of the Year and graduated with a degree in Industrial Design in 1958.

He worked for consulting firms and corporations, including Westinghouse Corp., on industrial and graphic arts design projects before starting his own company. Ronald Emmerling Design Inc., based in New Jersey, was in business for 32 years and was the recipient of more than 100 awards for design projects and black & white photography. His classic modern designs of consumer products live on in thousands of homes; his iconic pepper mill, manufactured by East Hampton Industries, was sold in The Museum of Modern Art’s gift shop in the 1980s.

Eventually Ron sold the business so that he could enjoy more time with his family and at their summer home in Bay Head, New Jersey. In 2010, he suffered a massive stroke while out on his beloved motorboat with family. Though paralyzed on his right side and confined to a wheelchair, Ron persevered and subsequently learned to paint with his left hand, starting a second artistic career which continued up to the time of his death. His paintings have been featured in several shows and galleries in and around Newburyport, and many of his works can be viewed at https://ronemmerling.com/.

He regularly donated paintings for art auctions at the Ogunquit Museum of American Art, the Newburyport Art Association, Anna Jaques Hospital, and the Newburyport Education Foundation.

To his family and so many who knew him, or knew of him, Ron was a hero. The inspiration of his courage, enduring hope, resilience, determination, and ability to create beauty despite the setbacks and restrictions life dealt to him will be his lasting legacy.

A private celebration of his life will be held at a later date.

In lieu of flowers, donations in memory of Ron can be made to the Newburyport Art Association (https://newburyportart.org/donate) or to Anna Jaques Hospital Healthcare Heroes Fund (https://www.ajh.org/giving).

To send flowers to the family or plant a tree in memory of Ronald Emmerling, please visit our floral store.