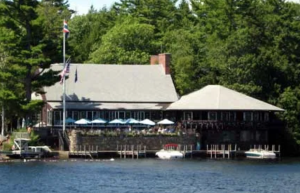 Newburyport, MA. – Robert “Bob” A. Cook, 65, of Newburyport, MA passed away peacefully on February 10, 2021 after a brave battle with brain cancer. He was born in Philadelphia on September 30, 1955 and raised in New London, NH by his parents Lyman and Harriet (Moffett) Cook.

He leaves behind many fond memories and his wife of almost 30 years, Barbara (Geiger) Cook. They were married in Ipswich at the Crane Estate on April 20, 1991.

Bob grew up in New London, NH and graduated from Kearsarge Regional High School in 1973. While in high school, he played tennis, ran cross country and was on the ski team. He attended the University of New Hampshire with time off to be a “ski bum” at Stowe and received a degree in Civil Engineering in 1978. In his professional life, Bob worked for Dufresne-Henry, Interstate Engineering and Weston & Sampson. His specialty was construction of drinking water and wastewater treatment facilities.

Bob had a passion for life. He was an avid Star sailor and raced out of the Lake Sunapee Yacht Club. He also enjoyed skiing, bicycling, hiking and travelling. Bob served for many years as a Newburyport Water and Sewer Commissioner. He also volunteered his time for the American Diabetes Association’s North Shore Tour de Cure.

Bob was pre-deceased by his parents Lyman and Harriet; brothers, Harry and Lyman, Jr.; and sisters, Shirley Hirst and Elizabeth Sands. He is survived by his wife of 29 years, Barbara; brother David Cook; sister Anne Foster; and many nieces and nephews.

Services and Burial will be private, a Celebration of Life will be scheduled for the summer or fall. The Twomey, LeBlanc, & Conte Funeral Home 193 High St Newburyport, MA 01950 is assisting Mr. Cook’s family with his funeral arrangements.

Celebration of Life at a later date