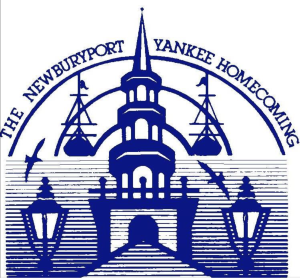 Paul Kolman, Biology teacher and coach from Newburyport High, died peacefully on March 7, 2022, surrounded by the love of his family and with his wife by his side. He was 79.

Paul is survived by his beloved wife, Janet (Mullen) Kolman, his daughter Lee Ann (Kolman) Griggs and her husband Brian, his daughter-in-law India (Moore) Kolman, and his grandchildren, Allison Griggs and her partner Angelique Bradford, Ashley Griggs, Katie Pomella-Griggs and her wife Julia Pomella-Griggs, Lauren Kolman, and Daniel Kolman. Paul is also survived by his nephew Scott McIntyre and his niece Jackie (McIntyre) Goodwin, with whom he shared a special bond. He is predeceased by his parents and his son, David P. Kolman.

Paul was born in Boston on September 12, 1942 to Paul E. Kolman and Ellie (Halme) Kolman. He graduated from Natick High School and attended Boston University on a full football scholarship. He then earned his Master’s Degree at Salem State University. He taught Biology at Newburyport High School for over 37 years. His love of teaching never waned, as he continued to substitute teach well into his 70’s. Along with teaching, he coached football and track up until the graduation of his son David in 1988, as David headed off to URI on a full football scholarship. Like father, like son!

Paul was a devoted husband, father, and grandfather. He enjoyed coaching football- especially his son David and his nephew Scott-, refereeing, playing golf, cooking, and gardening. He was proud of his Finnish heritage, and passed along his knowledge of Finnish culture and traditions to his grandchildren. He embodied the concept of sisu, a character trait involving strength of will and acting rationally in the face of adversity.

In 2012, Paul was voted Yankee Homecoming King for his dedication and volunteering efforts for the city of Newburyport. He was the secretary of the Newburyport Lions Club for over 15 years and a member for over 25 years. He was very involved in the $5000 raffle, the Yankee Homecoming Road Race, numerous blood drives, and the Salvation Army Christmas bell ringing.

Family and friends may call from 4:00 to 7:00 PM on Friday March 11, 2022 at the Twomey, LeBlanc, & Conte Funeral Home 193 High St. Newburyport, MA 01950. THERE IS NO LONGER ANY PARKING AVAILABLE BEHIND THE FUNERAL HOME PER ORDER OF THE CITY OF NEWBURYPORT. His Funeral Mass will be held on Saturday, March 12 at 10:30 AM at Immaculate Conception Church in Newburyport. Burial will be private at a later date.

For directions or to offer online condolences please visit www.tlcfuneralhome.com

To send flowers to the family or plant a tree in memory of Paul Allan Kolman, please visit our floral store.