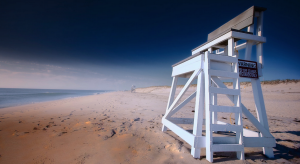 What a long strange trip it's been, but he is finally at peace. Michael's journey ended on January 25 after a courageous battle with dementia, surrounded by his family. It began on March 17, 1950 in Newburyport, MA. He is predeceased by his beloved parents Raymond Sullivan and Mary (Lyons) Sullivan, also by his brother Kevin Sullivan whom he dearly loved.

His greatest love and joy in life was his family: his wife Nancy (Dodge) Sullivan aka “the Chief”, his daughter Meghan and partner Kris Mitchell and his son Ray and wife Alison Sullivan. His grandchildren who affectionately called him Bumpa; Charlie, Elizabeth, Maisie, Ronan, Kristopher and Jameson. Also his brother's wonderful family, his wife Ellen and children; Sean, Katherine, and Kevin. He had many cousins who treated him like a brother, especially his “ favorite cousin”, Nancy Kennison.

Michael was the kindest, most generous, and easy going guy. His free time was spent sitting on Salisbury Beach doing a crossword puzzle or cryptoquote, reading, watching sports, or just enjoying a beer with a friend or neighbor. Live music was another big passion especially the Grateful Dead! He was always ready with a witty remark or a helping hand. To quote Sully, “just have as much fun as you can!” He will be greatly missed and we will forever cherish the many memories that we shared with him.

I especially want to thank the caregivers from both Brookhaven Hospice and Merrimac Valley Health Center in Amesbury. They made Michael's last years comfortable and full of love.

I'd like to leave with one of Sully's favorite quotes from Jack Kerouac.

“...the only people for me are the mad ones,

the ones who are mad to live, mad to talk,

mad to be saved, desirous of everything at

the same time, the ones who never yawn

or say a common place thing, but

and in the middle, you see the blue

centerlight pop, and everyone goes

Due to Covid restrictions Sully’s Services will be private. A Celebration of his Life will be announced in the future. The Twomey, LeBlanc, & Conte Funeral Home 193 High St. Newburyport, MA 01950 is assisting Mr. Sullivan’s family with his funeral arrangements.

In lieu of flowers donate to CTE Center at BU or Dementia Society of America.

To send flowers to the family or plant a tree in memory of Michael "Sully" Sullivan, please visit our floral store.

Celebration of Life at a later date