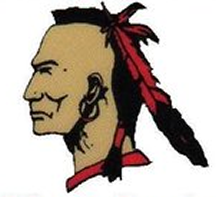 Leo Dupere Sr., 79, of Salisbury, passed away peacefully at home on Wednesday, July 22, 2020 with family by his side. He graciously received an abundance of love and support from family and friends during a brief battle with cancer.

Leo will be remembered fondly for his many accomplishments in the sport of hockey, both as a player and a coach.  He started playing for AHS where he held several records and was named league MVP and First Team All-Scholastic in 1957.  He also played for the Amesbury Maples for nearly two decades.  In 1960, Leo received a full Scholarship to Northeastern University where he had much success and broke several records leading to his later induction into the Northeastern University Athletics Hall of Fame.  After his college career, Leo played for the Eastern Olympics team for three years and had an opportunity to try out for the US National Team but decided to pursue a teaching career. Leo’s teaching career as well as his coaching career spanned 37 years and he would later earn honors in the State Coaches Hall of Fame, an induction into the Amesbury Teachers Wall of Honor and most recently the retirement of his “number 13” hockey jersey in 2013 a fitting culmination to his illustrious career.

Leo is survived by his wife Marguerite “Peggy” Dupere, his son Leo Dupere Jr. and wife Andrea of Dover, NH; his daughter Robyn Grover of Rochester, NH; his son Jeffrey Dupere and wife Nichole of Camden, ME; his son Craig and wife Julie of Brookfield, NH and his youngest son Matthew of Seattle, WA; In addition, Leo leaves 12 grandchildren and 3 great-grandchildren as well as his brother Richard and wife Patricia of Bonita Springs, FL and his brother Robert from NH.

Leo was predeceased by his parents, Alfred and Mariann (Landry) Dupere, his brother Alfred Jr. and brother Norman as well as his stepson Peter Bourgeois.

Due to COVID restrictions, a private family service will be held at the Twomey, LeBlanc, & Conte Funeral Home 193 High St. Newburyport, MA 01950.

In lieu of flowers, memorial contributions may be made to the Amesbury Hockey Boosters Club.

To send flowers to the family or plant a tree in memory of Leo F. Dupere, please visit our floral store.