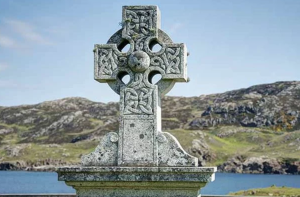 Jerry was a long time resident of Newburyport, the fifth of six children born to Cornelius and Ester (Robinson) Foley.  He attended Newburyport public schools and was a proud member of the United States Navy beginning in 1953. He was stationed overseas on the USS Iowa. Jerry worked for the US Postal Service as a supervisor prior to his retirement.

An avid sports fan, he was a Clipper at heart but a fan of wherever else his children and grandchildren took the field as athletes or coaches. Over the years he cheered on Colgate University, Bates College, North Andover High School, Pentucket High School, The Brooks School, Springfield College, Geneva College, and Penn State University as well as a few others.  As he would say about his life, “I had a good run!”  Jerry was known for spreading his life advice through popular “Jerryisms” such as “Great Country America”, “Stay out of the hot sun”, “Do what you’re told”, “I may not always be right, but I am never wrong”,  “Ball Security, Play with a chip, Hit the books, and Let it all hang out”.

Jerry leaves behind a son, Michael Foley and his wife Kathleen of Salisbury, MA and three daughters Linda Eaton and her husband Calvin of South Hampton, NH, Alicia Harvillle and her husband Robert of Merrimac and Dianne Freiermuth and her husband John of Merrimac. In addition “Pa” will be missed by his eleven grandchildren; Erin and Patrick Foley, Shawn, Beth and Christopher Eaton, Michael, Nicholas and Tyler Harvillle and Timothy, Patrick and Megan Freiermuth. He also leaves behind his sister Donna Bastien and her husband Robert as well as eight great grandchildren and several nieces and nephews.  Jerry is predeceased by his wife Ginger, who died in 1995.  He and his one true love shared forty years of marriage before her passing.

A private graveside service will be held at St. Mary Cemetery in Newburyport, where he will be laid to rest with his beloved wife Ginger. The Twomey, LeBlanc, & Conte Funeral Home 193 High St. Newburyport, MA 01950 is assisting Mr. Foley’s family with his funeral arrangements.

To send flowers to the family or plant a tree in memory of Gerald "Jerry" F. Foley, please visit our floral store.