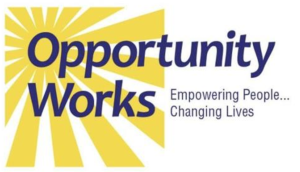 Ron was born in Newburyport March 29, 1942 to Fred and Rita York.  He spent his entire life in in the city that he loved.

Ron was one of the founding clients of Opportunity Works of Newburyport in 1974, he retired in 2013.  He was also a lifetime member of the Newburyport Elks Lodge.

Ron was a remarkable pool player his entire life and the Boston Red Sox’s most devoted fan. He enjoyed watching the Red Sox and the Patriots play ball, playing the occasional slot machine and most of all, spending time with his family whom he adored and who loved him very much!

Ron is survived by his sisters, Linda York-Tortorici and husband Michael of Bellbrook, OH and Jacqueline York Chapman and husband Bruce of Germantown, MD and sister-in-law Cheryl York of Newburyport (David York). He leaves nieces Yvette York, Michelle Saboliaskas and Stephanie Venturini.  He leaves nephews Christopher Chapman and Nicholas Chapman and great nephews Caleb and Noah Saboliaskas, Callan Chapman, Brayden Chapman and Henry Venturini. Ron was predeceased by his father Fred York and his brother David York; with whom Ron would be so delighted to be reunited!

There will be no calling hours. A private Funeral Mass will be held at the Immaculate Conception Church, followed by burial at St Mary’s Cemetery.  Arrangements are being made by Twomey, LeBlanc and Conte Funeral Home 193 High Street Newburyport, MA. 01950

In lieu of flowers, donations can be made in honor of Ron York and designated to Ron’s group home 111 Jewett Street Georgetown, MA. Donations may be mailed to The Friends of Hawthorne PO BOX A 450 Maple Street Hawthorne, MA 01937 C/O Scott Kluge. These funds are used to help sponsor outings, like buying tickets to a Red Sox game, for the group home residents. Ron benefited from this program and we would like to pay it forward.

To send flowers to the family or plant a tree in memory of Fred "Ronald" York, please visit our floral store.