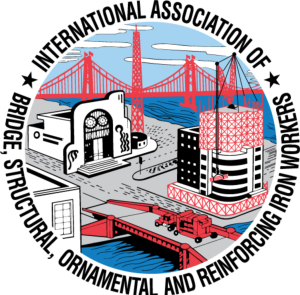 Donald H. “Donny” Jones, 77, a lifelong resident of Newburyport, MA died suddenly on Saturday, May 23, 2020.  Donny had a long and proud career with the International Association of Bridge, Structural, Ornamental and Reinforcing Iron Workers Union, first as an ironworker and later as the Business Agent for Bostons Local 7.  Although he officially retired in 2000, he remained an active member of the Iron Workers Union, and a proud member of Local 7s retiree club, never forgetting the men and women he worked with.

In his retirement, Donny lived life at full speed. Summers were spent boating and partying with his pals on the docks at Riverfront and watching the sun set with his dear friends off the Sandy Point mooring with time in between for hanging out with the Elks Club crew. Winters were spent with his wife Brenda walking the beaches of Fort Myers Beach and celebrating life with their Florida friends.

Don is survived by his loving wife, Brenda, of Newburyport, his sisters Gail Kenney of Florida and Ann Carey of Newburyport. He leaves behind his three beloved children: Deborah Jones of Massachusetts, and Kevin Jones of New Hampshire and Stephanie Jones of Wisconsin. All of whom wish they could have had more time with him. Donny was a loving grandfather to Jack and Alyssa who meant the world to him and a proud Uncle to many wonderful Nieces and Nephews. Donny was blessed with so many wonderful friends and neighbors - too many to mention  but living proof of a life well-lived.

A service summary is not available