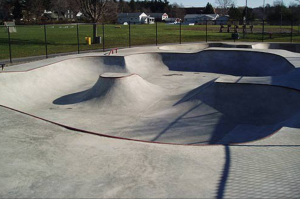 Taylor Garrett Spinney, 33, of Newburyport, beloved son, brother, uncle, nephew, cousin and friend, passed away unexpectedly at home on October 5, 2019. He was born and raised in Newburyport by his dear parents, John and Diane (Haskell) Spinney, as the third of four children.

Anyone who knew Taylor could see one of his true passions in life was skateboarding and making films of the amazing feats he and his friends accomplished.    At a young age, he was a major advocate and supporter of the Newburyport Skate Park located at the Rupert A. Nock Middle School. He was also a founding member of, “Wagon Kings,” a skateboarding group of local riders who created a feature film of their incredible talents.

Although a talented skateboarder, Taylor’s true self was shown through his incredible kindness and gentle spirit he possessed.  He had an incredible sense of humor, a tremendous wit, a smile a mile wide and a heart as big as you could imagine. Taylor’s writings of his hopes and dreams, as well as his deepest thoughts are truly beautiful in their expression of truth as Taylor saw his world.

The world is a lesser place without his presence, but Heaven has gained a truly beautiful angel.

In addition to his parents, Taylor is survived by his sisters Reileigh of Exeter, NH; Jordan and husband Travis Willson of San Diego, CA; brother Ryan and wife Kristin of Salisbury, MA; his beloved nieces, Irie, Kendall and Haley; his maternal grandmother Jean Haskell of Newburyport, MA; Many aunts and uncles, Laura and Bert Epperly of Allendale, NJ, Stephen and Marianne Spinney of Westford, MA, Craig and Molly Spinney of Nashville, TN, Michael and Kerry Spinney of Wakefield, MA, Neal and Kimberly Spinney of Newburyport, MA, Kenneth Haskell of Saugus, MA and Kirk and Jodi Haskell of Stratham, NH. and Zoe Haskell of Lynnfield. He is also survived by many cousins and friends. He was predeceased by paternal grandparents Mary and Arthur Spinney and maternal grandfather Kenneth Haskell.

Family and friends may call on Thursday October 10, 2019 from 4:00 to 8:00 PM at the Twomey, LeBlanc, & Conte Funeral Home 193 High St. Newburyport, MA 01950. Services and burial will be private. THERE IS NO LONGER ANY PARKING AVAILABLE BEHIND THE FUNERAL HOME PER ORDER OF THE CITY OF NEWBURYPORT.