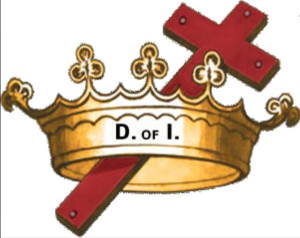 Mildred Joan Groleau, 100, a lifelong resident of Newburyport, died Friday afternoon October 25, 2019 at Country Center for Health and Rehabilitation in Newburyport. She was born on June 29, 1919 to the late James and Ella (Malcolm) Nolan. She was a graduate of Newburyport High School Class of 1936. Following her graduation Mildred married the late Alfred Groleau and the couple began their family.

She was employed at CBS Hytron for a short time before woking for Chase Shawmut. She was then a Credit Manager for Montgomery Ward, followed by her employment as a teller at First & Ocean National Bank in Newburyport until her retirement.

Mildred was very active in her retirement years, volunteering at Anna Jaques Hospital for over 20 years, delivering the mail. She was a Past Regent of the Daughters of Isabella and a devout catholic attending Mass every morning at Immaculate Conception Church.

Her family would like to express their deepest gratitude to the staff of Constellation Hospice and Country Center for the wonderful care given to Mildred during her time with them.

Mildred is survived by her children, Paul Groleau and his wife Mary of Hudson, NH, and Jeanmarie Lapham and her husband Robert of Salisbury; grandchildren, Eric and Michael Groleau and Stephen Lapham; great grandchildren, Jonathan, Timothy, Scott, Samantha, and Zachary; brother, Donald Nolan and his wife Pat of Seabrook; as well as many nieces and nephews. In addition to her parents and husband Mildred was predeceased by her siblings, Marguerite, Jean, Eleanor, Gerry, Richard, Malcolm, and James.

Family and friends are invited to her Funeral Mass at 9:30 AM on Saturday November 2, 2019 at Immaculate Conception Church. All are asked to meet at Church. Her burial will follow at St. Mary Cemetery in Newburyport. The Twomey, LeBlanc, & Conte Funeral Home 193 High St. Newburyport, MA 01950 is assisting Mrs. Groleau’s family with her funeral arrangements.

In lieu of flowers memorial contributions may be made in Mildred’s name to St. Jude Children’s Research Hospital by mail to 501 St Jude Place Memphis, TN 38105 Source Code: IIQ190788777 or online at www.stjude.org.