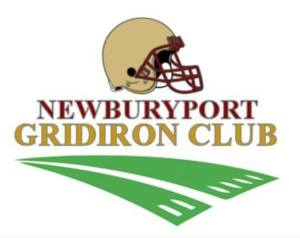 It is surreal to us that we are writing the obituary for one of Newburyport’s finest, Kevin Sullivan, who passed away unexpectedly on March 3.   All who knew him appreciated that there simply was no better than Kevin.  He befriended all and welcomed everyone he met with his genuine kind words, and usually a cold drink.  Kevin was born and raised in Newburyport March 13, 1958 to the late Raymond and Mary Sullivan.  He was a 1976 graduate of Newburyport High School, where he excelled in sports and was inducted into the Wall of Fame in 1996.  He earned his Bachelor’s Degree from the University of Massachusetts in 1980, where he captained the football team, attaining many honors.  He was employed by Oneida Silversmiths and Robinson Home Products for 33 years.

He married his best friend, Ellen (Bresnahan) Sullivan, in 1981.  They met playing bike tag in the old neighborhood but didn’t start dating until she was 13 and he was 15.  It would be hard to find two people who had more fun together than them.  Although they wished for more, they thoroughly enjoyed 37 glorious years of marriage.

Of all his successes, Kevin’s children, Sean, Katherine, and Kevin, were his greatest.  He--and they--were truly fortunate to have had loving and mutually respectful relationships.  There was nothing he loved more than spending time with them.   Highlights were cheering on the Patriots on Sunday afternoons with his daughter and going to Super Bowl LII with his sons despite the outcome, but equally important were the simple day-to-day exchanges that will be forever missed.  And thankfully, the Patriots made up for it this year.

Kevin loved everything sports, but especially football.  He loved the beach and sitting around the pool on a hot, sunny day sipping a Pool Punch surrounded by his large, ever present family.  He loved tailgating and was known to pack a pretty mean cooler.  He had many friends, former teammates, and former coaches that meant a great deal to him.

Family and friends may call from 4:00 to 8:00 PM on Thursday March 7, 2019 at the Twomey, LeBlanc, & Conte Funeral Home 193 High St. Newburyport, MA 01950. Parking available behind the Funeral Home. Kevin’s Funeral Mass will be celebrated at 10:30 AM at Immaculate Conception Church on Friday March 8, 2019 followed by burial at St. Mary Cemetery, both in Newburyport.

To send flowers to the family or plant a tree in memory of Kevin Sullivan, please visit our floral store.