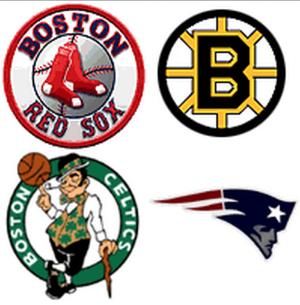 John Festa, 75, died unexpectedly at his residence in Byfield on May 27, 2019. He was born in Lynn on April 3, 1944 to the late John and Jennie (Minneci) Festa. Raised and educated in Lynnfield John was a graduate of Lynnfield High School. He then furthered his education graduating from Northeastern University. In 1964 he met his future wife Karen Mysliwy and the couple were married in 1968. They lived briefly in East Walpole before settling in Byfield to raise their family.

John was employed by several local Real Estate companies over the years. He was also a Sports Writer for the Newburyport Daily News. In his younger years he was employed by the New England Patriots as a Scout and was involved in the drafting of many Patriots players. John enjoyed golfing and attending any and all sporting events from high school to the professional level.

In addition to his loving wife Karen, John is survived by his children, Gina M. (Festa) Anderson and her husband Brian of WI, and Joseph Festa and his wife Ginger of NH; grandchildren, Jacob, Cassidy, Evan, Grace, and Vincent; as well as his sister Lorraine Reed of Lynnfield.

Family and friends may call from 4:00 to 7:00 PM on Friday May 31, 2019 at the Twomey, LeBlanc, & Conte Funeral Home 193 High St. Newburyport, MA 01950. THERE IS NO LONGER ANY PARKING AVAILABLE BEHIND THE FUNERAL HOME PER ORDER OF THE CITY OF NEWBURYPORT. His Funeral Service will be held at 10:30 AM in the Funeral Home on Saturday June 1, 2019, burial will be private at a later date.

To send flowers to the family or plant a tree in memory of John Festa, please visit our floral store.